Get the daily email that makes reading the news actually enjoyable. Stay informed and entertained, for free.
Your information is secure and your privacy is protected. By opting in you agree to receive emails from us. Remember that you can opt-out any time, we hate spam too!
HomeStockWhy Many Americans Don’t See The Racial Wealth Gap

Why Many Americans Don’t See The Racial Wealth Gap In the last year and a quarter, the pandemic has served as a stark reminder of just how unequal America still is. But it also hasn’t been a “reminder” for everyone. Black Americans and other Americans of color didn’t have the luxury of forgetting that American society is unequal.

For Black Americans, in particular, the statistics around the inequalities of COVID-19 are numerical stand-ins for a much larger issue that permeates so many aspects of life — everything from being able to get a life-saving vaccine to the risk of being killed by police.

The reality is that our nation is still racially segregated. And it’s segregated in ways that limit our opportunities to learn about each other’s life experiences, even if our laws do not formally segregate our nation as they once did. This means that some live in a world in which they rarely encounter the conditions that bring harm to others everyday; others can’t escape those very conditions.

You can see this segregation in great detail by exploring the University of Virginia’s Racial Dot Map, which takes data from the 2010 U.S. Census and plots where people are living across the country. For instance, take southeastern Michigan, where I lived as a graduate student. You can see clear geographic separation between predominantly Black, white, Asian and Hispanic neighborhoods.

This pattern is, of course, not unique to Michigan: It’s all over the country. And now as a professor, when I travel to other universities to give talks about my research on inequality, I often include the map for the location I am visiting to show the audience how this process manifests in their own city or town.

Why does this matter? The places where we live affect not only our access to resources, but also who we meet, interact with and become friends with. And because our neighborhoods are so segregated, our social networks are also siloed — about three-quarters of white Americans don’t have any nonwhite friends, according to a 2014 survey from PRRI. The nature of segregation in the U.S. means that we only end up seeing and learning about what our own groups experience, making it hard to understand the lives of people outside of our own group.

This explains, in part, why Americans have such a hard time understanding just how unequal our nation is, and moreover, the racialized nature of that inequality. For example, if you ask Americans about racial wealth gaps, you’ll find that they severely underestimate those gaps; according to a 2019 paper from a team of psychologists, Americans think the Black-white wealth gap is 40 to 80 percent smaller than it actually is.

This data is consistent with the idea that Americans misperceive the state of racial progress in the nation — they see far more racial progress than has actually taken place. To be clear, our nation has surely made some progress toward racial equality since its founding. But that progress does not negate the vast gaps that still exist between racial groups.

These kinds of misperceptions are consequential. Failing to understand the nature of racial inequality can make it difficult to generate effective solutions to the problems it causes.

We saw this play out with the rollout of COVID-19 vaccines. When the data started showing racial disparities in vaccination rates, Americans blamed “vaccine hesitancy,” insinuating that the main reason Black Americans weren’t getting vaccinated as quickly as white Americans was due to Black Americans’ negative attitudes about vaccines or a lingering distrust about the Tuskegee Syphilis Study, in which researchers denied Black men treatment for syphilis so they could track the natural progression of the disease.

As Dr. Rhea Boyd noted, however, a closer look at the data shows that when Black Americans are given the opportunity, they tend to get vaccinated, which means that addressing the larger structural issues of access can go far in reducing racial disparities in vaccination. Neglecting and then blaming marginalized communities for their misfortunes is not a new phenomenon, however. Black Americans were also neglected during the smallpox epidemic of the 1860s.

Some bought books and say they learned. But there is a question of whether those lessons will stick. Although the police killing of George Floyd sparked massive, worldwide protests that many white people participated in, just one year later, support for the Black Lives Matter movement has already dissipated; some white Americans are even less supportive of Black Lives Matter than they were prior to Floyd’s death.

Moreover, some of the companies that made commitments to racial equality in the past year have since engaged in behavior that contradicts what they pledged to do. For instance, six months after saying they stood with the Black community, Google fired Timnit Gebru, whom they had hired to make their artificial intelligence more ethical and inclusive and is one of the few Black women in her field.

Google, of course, is not alone in its contradictions. A recent study of diversity in the technology industry found that companies that made statements of solidarity after the murder of George Floyd had 20 percent fewer Black employees, on average, than those that did not. In other words, at least some of the people and institutions who say that Black lives matter are doing so even when their own behaviors or organizational cultures reinforce racial inequality.

When I first started studying these issues, I thought that we could just “train away” biases that perpetuate racial inequality. I’m not the only one who thought so; companies spend around $8 billion per year on diversity training programs trying to do just that. But that turns out to be more challenging than it sounds; interventions to change implicit biases, for instance, fade rapidly — according to one paper, after about 24 hours.

To better understand why this happens and why so many people still misunderstand disparate outcomes, I reviewed and synthesized research from across the social sciences for an academic paper about why Americans misunderstand inequality, and what that means for efforts to address it. What I found, in short, is that the biases we have that lead us to see some things but not others, don’t exist in vacuums. They come from the same segregated and racialized neighborhoods and institutions that we go right back into when the diversity trainings are over. Our environments and institutions reinforce our biases. So if our social structures don’t fundamentally change, it’s difficult to change the people within them.

Our social structures make it really difficult to see the bigger, unequal picture as individuals, and thus to reach consensus about both the nature of racial inequality as well as efforts to address it. The same group of psychologists I mentioned earlier actually tried to correct white Americans’ misperceptions about racial economic inequality in two recent studies. What they found was that, ironically, reminding white Americans about racial disparities actually led them to view the past as more racially equitable than those who were not reminded; and the reminder of long-standing disparities did not change their misperceptions about the present — despite the researchers’ efforts, participants still believed that our nation had made more racial progress than it really had.

What can we do to close these racial gaps that are well-documented, but that some Americans do not believe in? In some ways, this issue is similar to climate change. Climate change is a deeply political issue, but its existence doesn’t depend on people believing in it — there is plenty of evidence that it’s real. The same is true of racial inequality in America: There is a mountain of evidence documenting its manifestation in education, health, criminal justice, employment and many other domains. And there are experts who have devoted their careers to studying how the structure, culture and politics of American society (re)produce inequality, as well as pathways for disrupting those cycles.

Therefore, if we want to disrupt long-standing patterns of racial inequality, our best course of action as a country might be to rely on that evidence and expertise instead of trying to convince people that the disparities exist, as it will always be hard for people to see inequality if it doesn’t bring harm to their own lives. 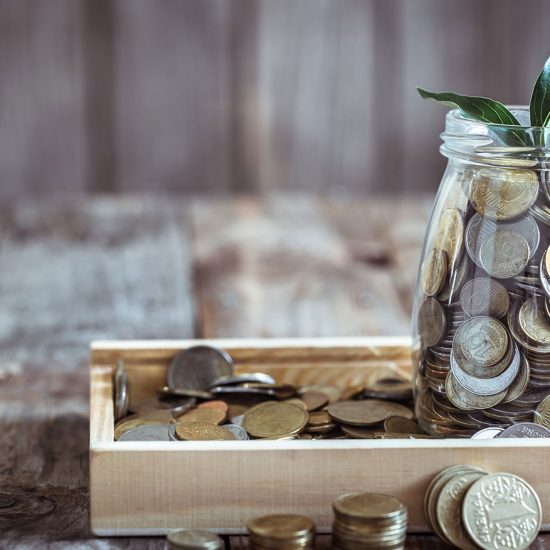 Why Big Business Ends up Supporting the Regime