Get the daily email that makes reading the news actually enjoyable. Stay informed and entertained, for free.
Your information is secure and your privacy is protected. By opting in you agree to receive emails from us. Remember that you can opt-out any time, we hate spam too!
HomeTop NewsSocialist Economies Are Impossible: Lessons from Russia, 1917–22 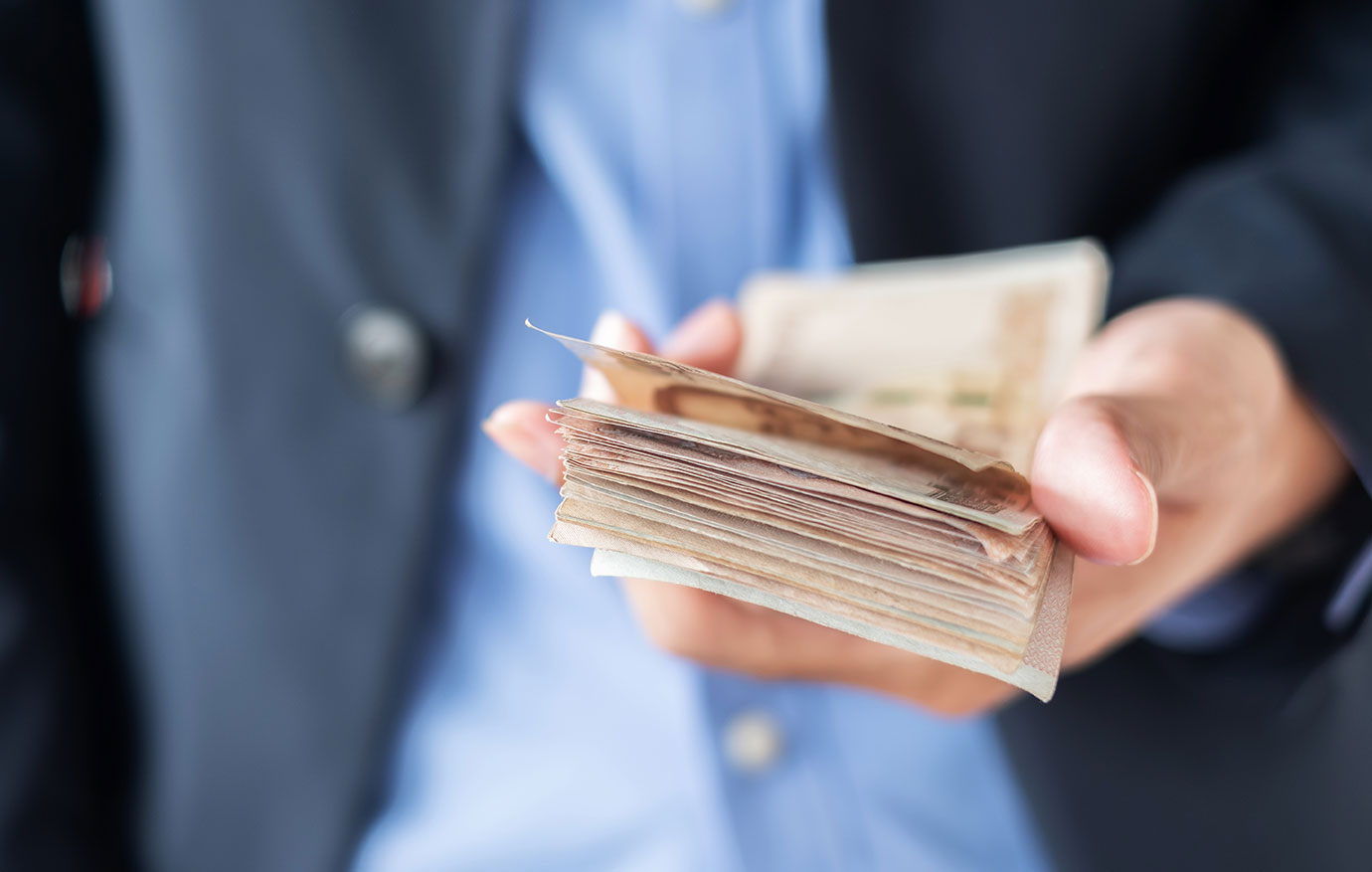 A little over one hundred years ago, the Austrian economist Ludwig von Mises started arguing that a socialist economy is impossible. In the turbulent years following the 1917 Bolshevik coup in Russia, Vladimir Lenin tragically proved him right in real time.

In spite of all the pretenses of “scientific socialism,” Karl Marx and his followers never really bothered to properly explain how society would function, let alone prosper, after the means of production had been seized and put under the command of the collective. For the most part, Marx just prophesized that the coming of socialism was inevitable, and on that basis alone the alleged workers’ paradise would be preferable to the previous state of affairs.

Although Mises was not the first economist to tackle the feasibility of socialism, his argument, first set forward in his 1920 article “Economic Calculation in the Socialist Commonwealth,” was groundbreaking because it was so simple and yet conclusive. If a public entity owns all the means of production, no rational prices of production factors can be obtained. These prices, after all, are the result of entrepreneurs bidding against each other for scarce resources on the market in the hope of satisfying consumer preferences. Without competition for these resources, however, no market prices for production goods and services arise; and without these prices, central planners cannot rationally choose between the myriad of possibilities to productively employ the natural resources and capital goods at their disposal. Sooner or later, their inherited capital will be wasted.

Mises also pointed out that full-fledged socialism can only come into being after a global revolution, because the rulers of a socialist oasis in a capitalist world can still copy the production choices made abroad. In a truly global socialist state, however, the division of labor would have to break down almost completely, since only in the narrow confines of a household or autarkic society can the collective rationally decide between a number of simple production processes. Such a primitive society, in Mises’s understanding, does not have an economy in any meaningful sense of the word. Hence, a society without monetary calculation—that is, a socialist society—is a society without an economy.

This devastating critique of socialism, on which Mises elaborated in Socialism (1922) and Human Action (1948), is not relevant to hypothetical communist utopias alone, though. Indeed, Mises argued that “every step that takes us away from private ownership of the means of production and from the use of money also takes us away from rational economics.” A few of these steps were being undertaken by the Bolsheviks in Russia as Mises was writing these very words in 1920. The consequences were disastrous.

Lenin and his fellow socialists believed precisely the opposite of Mises. Upon taking power, the Bolsheviks genuinely thought that it was the capitalist system that was irrational and wasteful because under capitalism “surplus value” was extracted from the productive proletariat by the capitalists in the form of unproductive profits. The triumph of socialism, on the other hand, would deprive the capitalists of their profits and put an end to the exploitation of the workforce. When society started to function on the basis of “from each according to his ability, to each according to his needs,” an unprecedented level of efficiency and prosperity would naturally emerge.

Richard Pipes, a well-known historian of Soviet Russia, argued in A Concise History of the Russian Revolution that it was these set of beliefs that drove the economic policies of the Bolsheviks between 1918 and 1921. The revolutionaries retrospectively described this period as an era of “war communism” in order to deflect attention away from the intellectual foundations of their economic policies and rationalize them instead as emergency measures necessitated by the civil war that followed their power grab. According to Leon Trotsky, however, Soviet policy in these years was aimed at “realizing genuine communism.”1

So, what did the Bolsheviks do in their attempts to usher in “genuine communism”?

First, they tried to abolish money by rendering it worthless through the printing press. In the aftermath of the Bolshevik coup of November 1917, the ruble lost one-half of its exchange value in terms of the US dollar, but shares on the stock exchange in Petrograd remained steady for the moment. Over the course of the next two years, however, the Bolsheviks multiplied the money supply by a factor of three, and in February 1919, they introduced their own Soviet currency. At that point, prices had already gone up fifteen-fold. But this was only the beginning. In May 1919, the central bank was authorized to let the printing press go into overdrive. Three years later, banknotes in circulation reached nearly two quadrillion—that is, a 2 followed by fifteen zeros. If the price of a certain good was one ruble in 1913, it was one hundred million by the end of 1922. The Bolsheviks initially hailed this hyperinflation as a victory, but in the end, they returned to a conventional currency based on gold.

Before this about-face, old imperial rubles were hoarded while people resorted to money substitutes, such as bread and salt. Soviet citizens needed these surrogate media of exchange in order to continue to trade with each other. The Bolsheviks of course also wanted to abolish the market, which socialist theoreticians had correctly identified as the heart of the capitalist system. This turned out to be even more difficult than eliminating money, however. Although the Soviets had set up the Commissariat of Supply in 1917 for the purposes of centrally distributing foodstuffs and other consumer goods, they were not able to eradicate the black market. In fact, this was a matter of necessity because upwards of 80 percent of the food consumed in the cities was furnished by the free market. If they did not want to destroy their only narrow base of support and cause massive urban starvation in the process, the Soviets had no choice but to tolerate the laws of supply and demand.

But what about central economic planning, the “machine” (in Lenin’s words) that was supposed to replace the market and “cover all branches of production” (in Trotsky’s words)? To that end, the Bolsheviks set up the Supreme Council of the National Economy, the real impact of which, like that of the Commissariat of Supply, was severely limited. For one, agriculture, Russia’s principal source of wealth at the time, was not collectivized. Industry was nationalized, however, but by 1921, Trotsky privately admitted that “at best” only 5–10 percent of the country’s industry had been successfully put under centralized control. Even then, the results were devastating. From 1913 to 1920, large-scale industrial production fell by 82 percent, whereas the number of industrial workers fell by one-half. Meanwhile, the number of government bureaucrats grew fivefold, and by 1921 they constituted double the number of factory workers. In short, the “dictatorship of the proletariat” in actuality decimated the proletariat and strengthened the grip of the “intelligentsia” that had allegedly carried out the revolution on their behalf.

Not only did war communism halve the proletariat, but industrial workers had constituted barely 2 percent of the prerevolution population in the first place. The bulk of the Russian people, between 75 and 80 percent of them, were actually peasants. Like the “bourgeoisie,” they too were considered class enemies. This was especially true for those enterprising peasants who were quite randomly stamped as “kulaks,” whom Lenin managed to call “the most savage exploiters,” “bloodsuckers,” “spiders,” and “leeches” in one single rant. No surprise, then, that he called for a “merciless war against the kulaks” and wished “death to them.” True to his word, Lenin launched a war against the village aimed at preventing a rural counterrevolution and forcibly extracting as much food as possible for the cities and the Red Army. Only after total grain output had plummeted and a nationwide peasant revolt reached its climax in 1920 did Lenin back down and substitute brutal and random confiscations for an agrarian tax in kind. Forced collectivization was only attempted under Joseph Stalin, Lenin’s successor.

Socialism does not deliver the goods. To borrow from Mises, every step in its direction is in fact a step away from the promised land. Therefore, as the truth reveals itself, every radical socialist experiment must result in oppression if the revolutionaries want to retain their power.

That was no less true for the Bolsheviks. As Pipes put it, “[A] political party that in free elections received less than a quarter of the vote, that treated as foe any individual or group that refused to acknowledge its right to rule and carry out the most extraordinary social and economic experiments, that regarded a priori nine-tenths of the population—peasants and ‘bourgeoisie’—as class enemies, such a party could not rule by consent but had to make permanent use of terror. In this matter it had no choice if it wished to stay in power.”2

Lenin was early to realize this. Very shortly after the Bolshevik coup, he suggested that “we constitute immediately … a commission to … prepare in secret the terror, [which is] essential and urgent.” This secret police, the Cheka, came into being in December 1917. By the end of the war communism period, fifty thousand prisoners were held in dozens of concentration camps, which laid the seeds for the Gulag system that was to reach its apogee under Stalin’s rule. Estimates of the death toll under Lenin’s Red Terror range from 50,000 to 140,000. To put these numbers into perspective, the 16,600 people killed during the French Revolution’s Reign of Terror pales in comparison.

Most deaths caused by war communism were the result of economic policy, however. In 1920–21, the deadly combination of Bolshevik agrarian policy and a drought culminated in a famine with an impact unparalleled in modern European history. Famines were not new to Russia, but whereas the grain harvest in the previous major famine of 1892, in which about 400,000 people died, dropped 13 percent below normal, the harvest fell a full 85 percent in 1921. Victims of the famine resorted to eating grass, tree bark, rodents, and clay; acts of cannibalism were recorded as well. The famine was exacerbated by epidemics of typhus and other diseases that ravaged malnourished bodies.

When the devastating effects of the famine could no longer be denied, Lenin allowed US secretary of commerce Herbert Hoover to let the American Relief Administration administer food and medical aid. The ARA proved crucial in helping to overcome the typhus epidemic and at its height fed 10.5 million people daily. In spite of these philanthropic activities, an estimated 5.1 million Soviet citizens perished from hunger and accompanying diseases between 1920 and 1922. After accounting for emigration, the Soviet Union in total lost more than 10 million people between the fall of 1917 and early 1922. In particular, the male population between 16 and 49, which included the men who fought and died in the civil war, shrank by 29 percent. If one includes the projected growth of the population that statisticians believe would have occurred absent the upheaval caused by the Bolsheviks, the human casualties—both actual and in birth deficit—total 23 million.

According to Pipes, the famine alone could be described as “the greatest human disaster in European history, other than those caused by war, since the Black Death of the fourteenth century.” Unfortunately, it was only the first human catastrophe that socialist idealists would foist on the world in the twentieth century.

Sound Economics in a Confused World

Knowledge in the Service of a Political Agenda is Biased