Get the daily email that makes reading the news actually enjoyable. Stay informed and entertained, for free.
Your information is secure and your privacy is protected. By opting in you agree to receive emails from us. Remember that you can opt-out any time, we hate spam too!
HomeTop NewsFrancis Wayland: Preacher-Economist 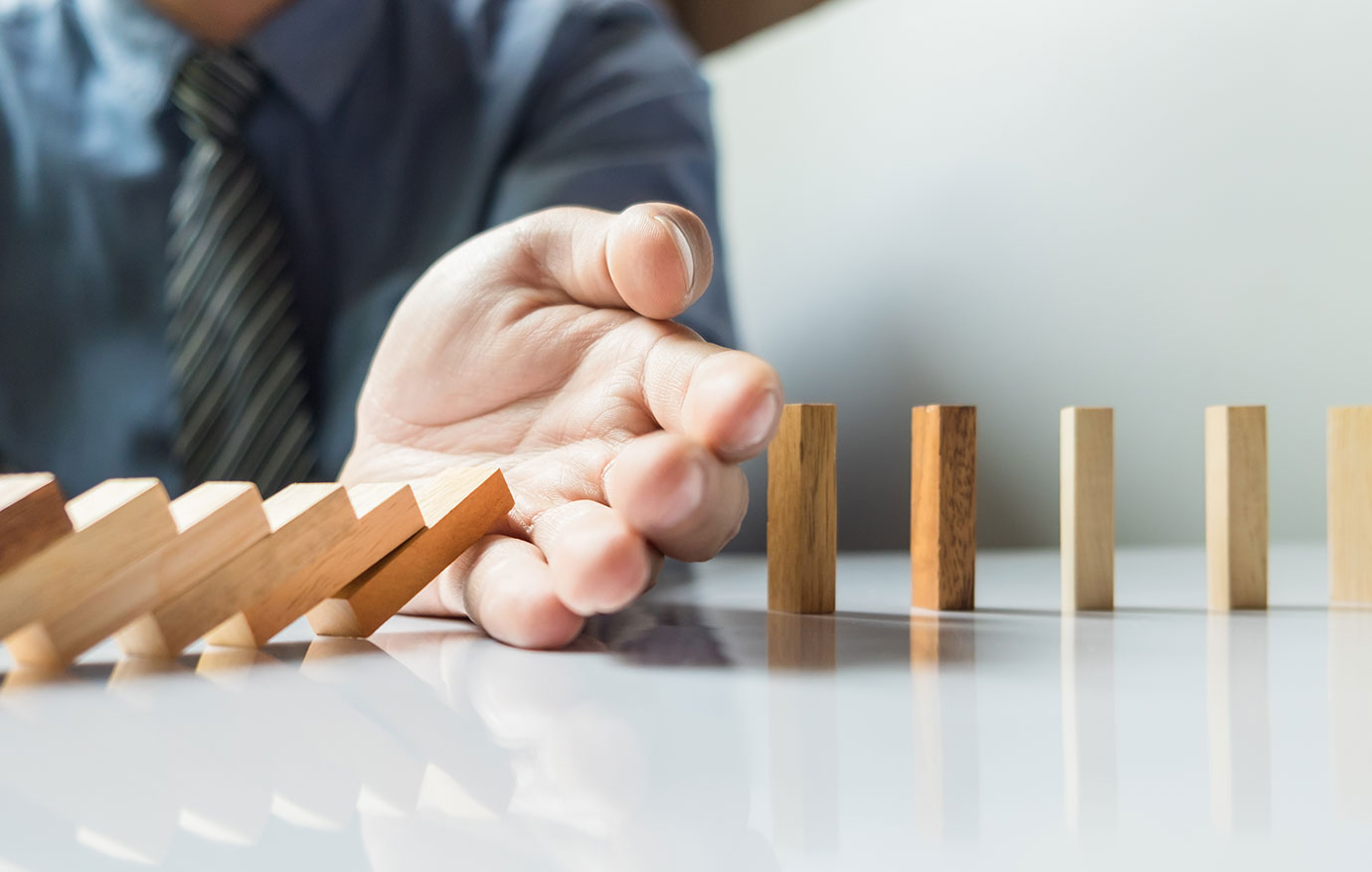 One of the great but long-forgotten works of political economy from the nineteenth century was not written by a politician or an economist—it was written by the Baptist minister Francis Wayland (1796–1865). He was equally an author, a preacher, a teacher, a pastor, and an administrator.

After a brief period of study for the ministry, and an even briefer stint as a college tutor, Wayland accepted the pastorate of a Baptist church in Boston, and remained there for four years. He distinguished himself throughout his life as both an effective preacher and a prolific author. Near the end of his life he served as the pastor of a Baptist church in Providence, Rhode Island, and devoted himself to humanitarian causes.

Between his two pastorates, Wayland served as president of Brown University in Providence, Rhode Island. During his presidency Wayland authored what became one of the most widely used and influential American textbooks of the nineteenth century, The Elements of Moral Science. First published in 1835, it was reprinted with a lengthy introduction in 1963 by Harvard University Press.

Because he was a Baptist minister, it is no surprise that Wayland held to the absolute authority of the Bible. But he was equally an advocate of liberty, property, and peace. And because of his strong religious convictions, he made no attempt to separate God from these things. In fact, he grounded them in the will of God.

Politically, Wayland was a Jeffersonian, but said: “I do not wish to be connected with politics. Indeed, I dare not commit myself with politicians. No one knows what they will be next year by what they are this year.” When speaking about liberty, he sounds like a contemporary libertarian:

Thus a man has an entire right to use his own body as he will, provided he do not so use it as to interfere with the rights of his neighbor. He may go where he will and stay where he please; he may work or be idle; he may pursue one occupation or another or no occupation at all; and it is the concern of no one else, if he leave inviolate the rights of everyone else; that is, if he leave everyone else in the undisturbed enjoyment of those means of happiness bestowed upon him by the Creator.

Wayland likewise considered the right of property to be “the right to use something as I choose, provided I do not so use it as to interfere with the rights of my neighbor.” Because he believed that “men will not labor continuously nor productively” unless they receive some benefit from their labor, Wayland deplored property “held in common” because under such an arrangement there was “no connexion between labor and the rewards of labor.” He insisted that the “division of property, or the appropriation, to each, of his particular portion of that which God has given to all, lays at the foundation of all accumulation of wealth, and of all progress in civilization.”

Wayland took what would now be considered “politically incorrect” positions on voting, poverty, and “the rich.” Voting privileges should be restricted to “those who are able to read and write.” He was opposed to “poor laws,” and regularly defended “the rich” from the false notions frequently advanced against them. Indeed, one reason why Wayland considered poor laws so “destructive” is because they falsely assume “that the rich are under obligation to support the poor.”

Because Wayland considered all wars to be “contrary to the will of God,” he believed that “the individual has no right to commit to society, nor society to government, the power to declare war.” He further maintained that no one was obligated to support his government in an aggressive war. He depicted the Mexican War as “wicked, infamous, unconstitutional in design, and stupid and shockingly depraved in its management”—sentiments one might hear today about the war in Iraq. Wayland was not a subscriber to the “broken window” fallacy, and faithfully described the negative economic consequences of war:

Of all the modes of national expenditure, the most enormous is that of war. In the first place, the expense of the munitions of war is overwhelming. In the next place, the most athletic and vigorous laborers must be selected for slaughter. Of these the time and labor are wholly unproductive. The operations of industry, in both belligerent nations, are thus greatly paralyzed. The destruction of property, in the district through which an army passes, is generally very great. All this must be taken from the earnings of a people; and is so much capital absolutely destroyed, from which multitudes might have reared, and have lived in prosperity.

Although it was never as popular as his The Elements of Moral Science, Wayland’s textbook on economics, The Elements of Political Economy, is a classic that deserves a hearing even though it was written almost two centuries ago. First published in 1837, it was soon afterward published in abridged and revised editions. It is my contention that a reexamination of The Elements of Political Economy is beneficial because Wayland’s economic principles are not only sound, insightful, and in some cases profound, his emphasis on human action both echoes and predates Ludwig von Mises (1881–1973) and the Austrian School of economics. One can hold to the absolute authority of scripture and be a strong advocate of liberty and the free market. Conservative Christianity and laissez-faire economics are not incompatible.

Wayland’s book contains the substance of his lectures on political economy that he delivered to the senior class at Brown University. Wayland says he “labored to express the general principles in the plainest manner possible, and to illustrate them by cases with which every person is familiar.” One reason Wayland presents these maxims in such a plain manner is that there are no graphs or mathematical formulas in his book to obscure them.

The Elements of Political Economy is a treatise under the four divisions of Production, Exchange, Distribution, and Consumption. Production addresses “the laws which govern the application of labor to capital in the creation of value.” Exchange addresses “the principles which govern men, when they wish, by means of their own labor, to avail themselves of the labor of others.” Distribution deals with “the laws by which those who have united in the creation of a product, receive, respectively, their portion of the result.” And Consumption discusses “the laws which should govern us in the destruction of value.”

Each division, or “book,” as Wayland terms them, is further divided into chapters, parts, and sections. The book as a whole is meticulously organized. Wayland’s lengthy Introduction is itself a discourse on the basic principles of value, supply and demand, and the gains from trade.

The emphasis in The Elements of Political Economy is always on industry, frugality, thrift, innovation, entrepreneurship, property, competition, the division of labor, labor-saving devices, and capital. And rather than exalting the laborer and scorning the capitalist, the merchant, the retailer, the exchanger (middleman), and the money-lender—as is usually the case—Wayland earnestly defends them.

With but few exceptions, economists—from the chairman of the president’s Council of Economic Advisers to the teacher fresh out of graduate school—are interventionists to the core. They believe that the government should have a major role in the economy or at least intervene in the event of market “failure.” I am pleased to report that this is not the case with Francis Wayland. Whether he is discussing usury laws, money and banking, internal improvements, or trade restrictions, the detrimental effect of government intervention is a theme that appears throughout The Elements of Political Economy.

To begin with, Wayland disparages legislation and legislators. He specifically mentions five forms of detrimental “legislative interference”: the granting of monopolies, obliging someone to engage in labor or investment against their wishes, restrictions on industry, obliging someone to change his mode of employment, and sumptuary laws. Legislators fail as central planners because:

Not only are legislators, who generally assume the labor of directing the manner in which labor or capital shall be employed, in no manner peculiarly qualified for this task; they are, in many respects, peculiarly disqualified for it. The individual is liable to no peculiar biases, in making up his mind in respect to the profitableness of an investment. If he err, it is because the indications deceive him. The legislator, besides being liable to err by mistaking the indications, is liable to be misled by party zeal, by political intrigue, and by sectional prejudice. What individual would succeed in his business, if he allowed himself to be influenced in the manner of conducting it, by such considerations?

Wayland’s discussion of money and banking takes up 100 pages, or one-fourth of his entire book. His treatment of the history, nature, and purpose of money is straightforward. His conclusion is that “gold and silver possess all the essential qualities which are required in a circulating medium.” He was against government regulation of money, and believed that government has no right “to prevent the exportation or importation of specie,” “to alter the value of money,” or “to fix the relative value between the precious metals.”

Wayland also spoke at length about paper money. He saw the only advantages to using paper money as economy and convenience. Otherwise, it is liable to forgery, fraud, and fluctuation. Wayland did not demonize banking. Banks increase the productiveness of capital and facilitate exchange. They should be treated as any other business; the legislature has no authority to protect them “against the consequences of their own misconduct.” Banks should be obligated to redeem their bills in specie, but otherwise not be subject to legislative interference.

Although it is commonly accepted now, the role of the state in undertaking the task of internal improvements was very much an issue in the period before the Civil War. Wayland, writing in 1837, was opposed to the state undertaking the work of internal improvements. The benefits of exchange and the absurdity of trade restrictions are another focal point of Wayland’s book. His free-trade credentials are impeccable. Not only did he reject the notion that there is a “loser” in an exchange, he maintained that “universal exchange is as necessary to the welfare, and even to the existence of the human race, as universal production.” There should be no restrictions that hinder an individual from purchasing or selling “where he pleases” or controls on “the nature or the quantity of the articles which he exports or imports.”

We cannot call Francis Wayland an Austrian economist in the true sense of the word. Not only did he write The Elements of Political Economy before Carl Menger (1840–1921) was born, there are no specific discussions in his book of the business cycle, marginal utility, or subjective value. It is also probably true that Wayland would have preferred to be remembered as a preacher, an educator, or a philanthropist. But for someone who would not have considered himself an economist, Wayland’s work on economics is both insightful and immensely practical. His emphasis on property, capital, entrepreneurship, and above all, his commitment to human action and not government action, makes his long-forgotten work on economics worthy of a revival.

This article is the foreword to a reprint of Francis Wayland’s 1837 book, The Elements of Political Economy. The complete book can be viewed here. A hardcopy is also available from the Francis Wayland Institute.