Get the daily email that makes reading the news actually enjoyable. Stay informed and entertained, for free.
Your information is secure and your privacy is protected. By opting in you agree to receive emails from us. Remember that you can opt-out any time, we hate spam too!
HomeTop NewsRevisionism for Our Time

Revisionism for Our Time 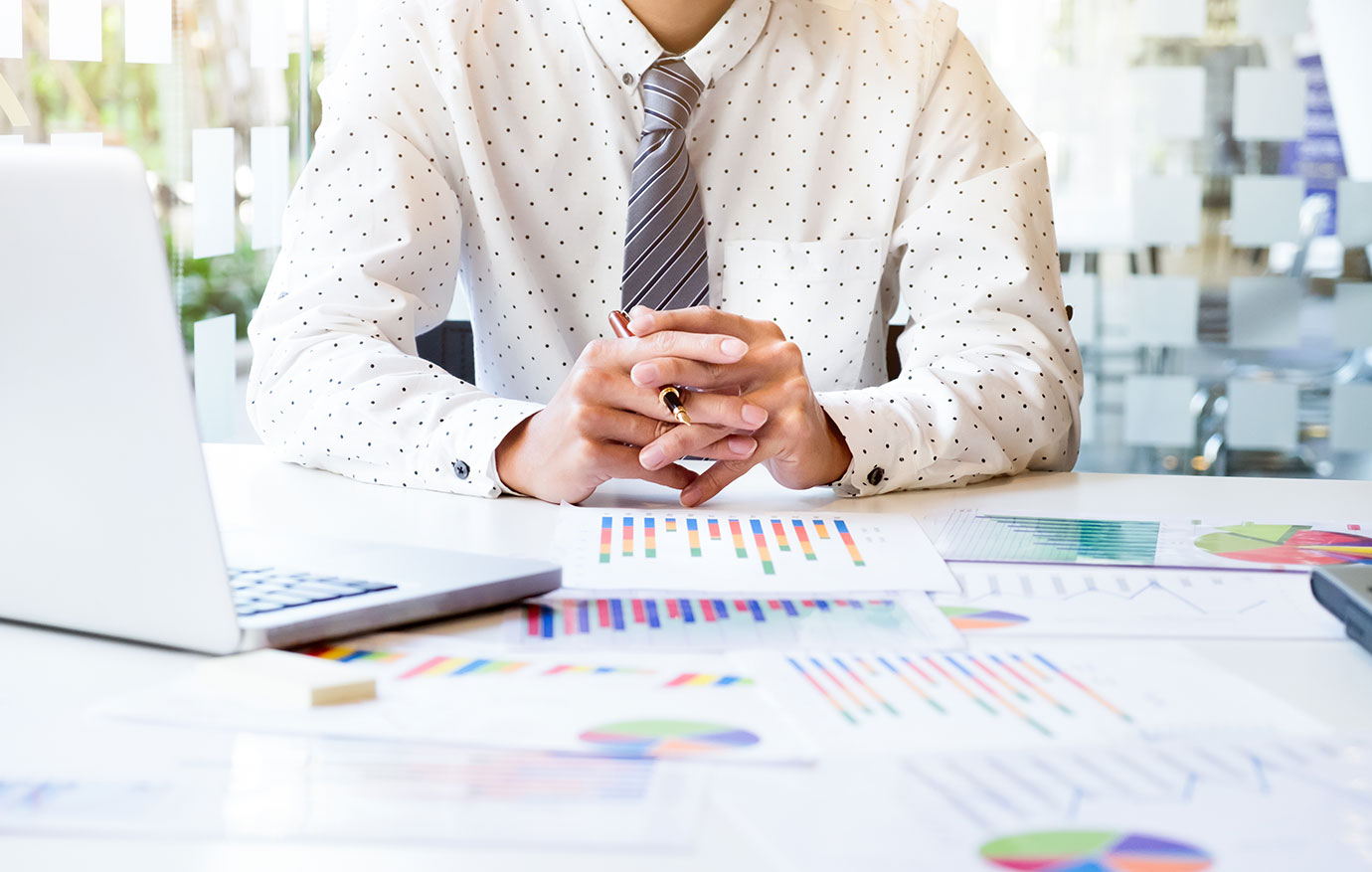 Revisionism as applied to World War II and its origins (as also for previous wars) has the general function of bringing historical truth to an American and a world public that had been drugged by wartime lies and propaganda. This, in itself, is a virtue. But some truths of history, of course, may be largely of antiquarian interest, with little relevance to present-day concerns. This is not true of World War II revisionism, which has much critical significance for today’s world.

The least of the lessons that revisionism can teach has already been thoroughly learned: that Germany and Japan are not uniquely “aggressor nations,” doomed from birth to menace the peace of the world. The larger lessons have, unfortunately, yet to be learned.

The United States is again being subjected to that “complex of fear and vaunting” (in the brilliant phrase of Garet Garrett’s) which drove us, and the Western world, into two other disastrous wars in our century. Once again, the American public is being subjected to a nearly unanimous barrage of war propaganda and war hysteria, so that only the most searching and rational can keep their heads. Once again, we find that there has emerged upon the scene an Enemy, a Bad Guy, with the same old Bad Guy characteristics that we have heard of before; a diabolic, monolithic Enemy, which, generations ago in some “sacred texts,” decided (for reasons that remain obscure) that it was “out to conquer the world.”

Since then, the Enemy, darkly, secretly, diabolically, has “plotted,” conspiratorially, to conquer the world, building up a vast and mighty and overwhelming military machine, and also constructing a mighty international and “subversive” “fifth column,” which functions as an army of mere puppets, agents of the Enemy’s central headquarters, ready to commit espionage, sabotage, or any other act of “undermining” other states. The Enemy, then, is “monolithic,” ruled solely and strictly from the top, by a few master rulers, and is dominated always by the single purpose of world conquest. The model to keep in mind is Dr. Fu Manchu, here trotted forward as an international bogeyman.

The Enemy, then, says the war propaganda, is guided by but one purpose: conquest of the world. He never suffers from such human emotions as fear—fear that we might attack him—or belief that he is acting in defense, or out of self-respect and the desire to save face before himself as well as before others. Neither does he possess such human qualities as reason.

No, there is only one other emotion that can sway him: superior force will compel him to “back down.” This is because, even though a Fu Manchu, he is also like the Bad Guy in the movie Western: he will cower before the Good Guy if the Good Guy is strong, armed to the teeth, resolute of purpose, etc. Hence, the complex of fear and vaunting: fear of the supposedly implacable and permanent plotting of the Enemy; vaunting of the enormous military might of America and its meddling throughout the world, to “contain,” “roll back,” etc., the Enemy, or to “liberate” the “oppressed nations.”

Now revisionism teaches us that this entire myth, so prevalent then and even now about Hitler, and about the Japanese, is a tissue of fallacies from beginning to end. Every plank in this nightmare evidence is either completely untrue or not entirely the truth. If people should learn this intellectual fraud about Hitler’s Germany, then they will begin to ask questions, and searching questions, about the current World War III version of the same myth. Nothing would stop the current headlong flight to war faster, or more surely cause people to begin to reason about foreign affairs once again, after a long orgy of emotion and cliché.

For the same myth is now based on the same old fallacies. And this is seen by the increasing use that the Cold Warriors have been making of the “Munich myth”: the continually repeated charge that it was the “appeasement” of the “aggressor” at Munich that “fed” his “aggression” (again, the Fu Manchu, or Wild Beast, comparison), and that caused the “aggressor,” drunk with his conquests, to launch World War II. This Munich myth has been used as one of the leading arguments against any sort of rational negotiations with the Communist nations, and the stigmatizing of even the most harmless search for agreement as “appeasement.” It is for this reason that A.J.P. Taylor’s magnificent Origins of the Second World War received probably its most distorted and frenetic review in the pages of National Review.

It is about time that Americans learn: that Bad Guys (Nazis or Communists) may not necessarily want or desire war, or be out to “conquer” the world (their hope for “conquest” may be strictly ideological and not military at all); that Bad Guys may also fear the possibility of our use of our enormous military might and aggressive posture to attack them; that both the Bad Guys and Good Guys may have common interests which make negotiation possible (e.g., that neither wants to be annihilated by nuclear weapons); that no organization is a “monolith,” and that “agents” are often simply ideological allies who can and do split with their supposed “masters”; and that, finally, we may learn the most profound lesson of all: that the domestic policy of a government is often no index whatever to its foreign policy.

“Revisionism has the general function of bringing historical truth to a public that had been drugged by wartime lies and propaganda.”

We are still, in the last analysis, suffering from the delusion of Woodrow Wilson: that “democracies” ipso facto will never embark on war, and that “dictatorships” are always prone to engage in war. Much as we may and do abhor the domestic programs of most dictators (and certainly of the Nazis and Communists), this has no necessary relation to their foreign policies: indeed, many dictatorships have been passive and static in history, and, contrariwise, many democracies have led in promoting and waging war. Revisionism may, once and for all, be able to destroy this Wilsonian myth.

There is only one real difference between the capacity of a democracy and a dictatorship to wage war: democracies invariably engage much more widely in deceptive war propaganda, to whip up and persuade the public. Democracies that wage war need to produce much more propaganda to whip up their citizens, and at the same time to camouflage their policies much more intensely in hypocritical moral cant to fool the voters. The lack of need for this on the part of dictatorships often makes their policies seem superficially to be more warlike, and this is one of the reasons why they have had a “bad press” in this century.

The task of revisionism has been to penetrate beneath these superficialities and appearances to the stark realities underneath—realities which show, certainly in this century, the United States, Great Britain, and France—the three great “democracies”—to be worse than any other three countries in fomenting and waging aggressive war. Realization of this truth would be of incalculable importance on the current scene.

Conservatives should not need to be reminded of the flimsiness of the “democratic” myth; we are familiar now with the concept of “totalitarian democracy,” of the frequent propensity of the masses to tyrannize over minorities. If conservatives can see this truth in domestic affairs, why not in foreign?

There are many other, more specific but also important, lessons that revisionism can teach us. The Cold War, as well as World Wars I and II, has been launched by the Western democracies so as to meddle in the affairs of Eastern Europe. The great power-fact about Eastern Europe is that the smaller nations there are fated to be under the dominance, friendly or otherwise, of Germany or Russia.

In World War I, the United States and Britain went to war partly to help Russia expand into the part of Eastern Europe then dominated by Austria-Hungary and Germany. This act of meddling on our part, at the cost of untold lives, both West and East, and of an enormous increase in militarism, statism, and socialism at home, led to a situation in Eastern Europe which brought the United States and Britain into World War II, to keep Germany from dominating Eastern Europe.

As soon as World War II was over (with its enormous consequent increase in statism, militarism, and socialism in the United States), the US and Britain felt they had to launch a Cold War to oust Russia from the dominance over Eastern Europe which it had obtained as a natural consequence of the joint defeat of Germany. How much longer is the United States to play with the fate of the American people, or even the human race itself, for the sake of imposing a solution of our own liking on Eastern Europe? And if we should wage a holocaust to “destroy communism,” and there should (doubtfully) be any Americans remaining, how distinguishable from communism will the American system, in reality, be?

There have been two major facets to the Cold War: trying to establish US and British hegemony over Eastern Europe, and attempting to suppress nationalist revolutions that would take undeveloped countries outside of the Western imperialist orbit. Here again, revisionism of World War II has important lessons to teach us today. For in World War I, England, backed by the United States, went to war against Germany to try to hobble an important commercial competitor which had started late in the imperialist game. Before World Wars I and II, Britain and France tried to preserve their imperialist domination as against the “have-not” nations Germany and Japan that came late in the imperialist race.

And now, after World War II, the United States has assumed the imperialist scepter from the weakened hands of Britain and France. Revisionism thus provides us with the insight that America has now become the world colossus of imperialism, propping up puppet and client states all over the undeveloped areas of the world, and fiercely attempting to suppress nationalist revolutions that would take these countries out of the American imperial orbit.

As Garet Garrett also said: “We have crossed the boundary that lies between republic and empire.” Communism having allied itself with the immensely popular movements of national liberation against imperialism, the United States, in the hypocritical name of “freedom,” is now engaged in the logical conclusion of its Cold War policy: attempting to exterminate a whole nation in Vietnam to make very sure that they are rather dead than Red—and to preserve American imperial rule.

All these lessons revisionism has to teach us. For revisionism, in the final analysis, is based on truth and rationality. Truth and rationality are always the first victims in any war frenzy; and they are, therefore, once again an extremely rare commodity on today’s “market.” Revisionism brings to the artificial frenzy of daily events and day-to-day propaganda, the cool but in the last analysis glorious light of historical truth. Such truth is almost desperately needed in today’s world.

This article first appeared in the Rampart Journal of Individualist Thought, Spring 1966.

Money: What Is It? The More Important Question: Why Is It?