Get the daily email that makes reading the news actually enjoyable. Stay informed and entertained, for free.
Your information is secure and your privacy is protected. By opting in you agree to receive emails from us. Remember that you can opt-out any time, we hate spam too!
HomeTop NewsThe Nature and Origin of Money

The Nature and Origin of Money 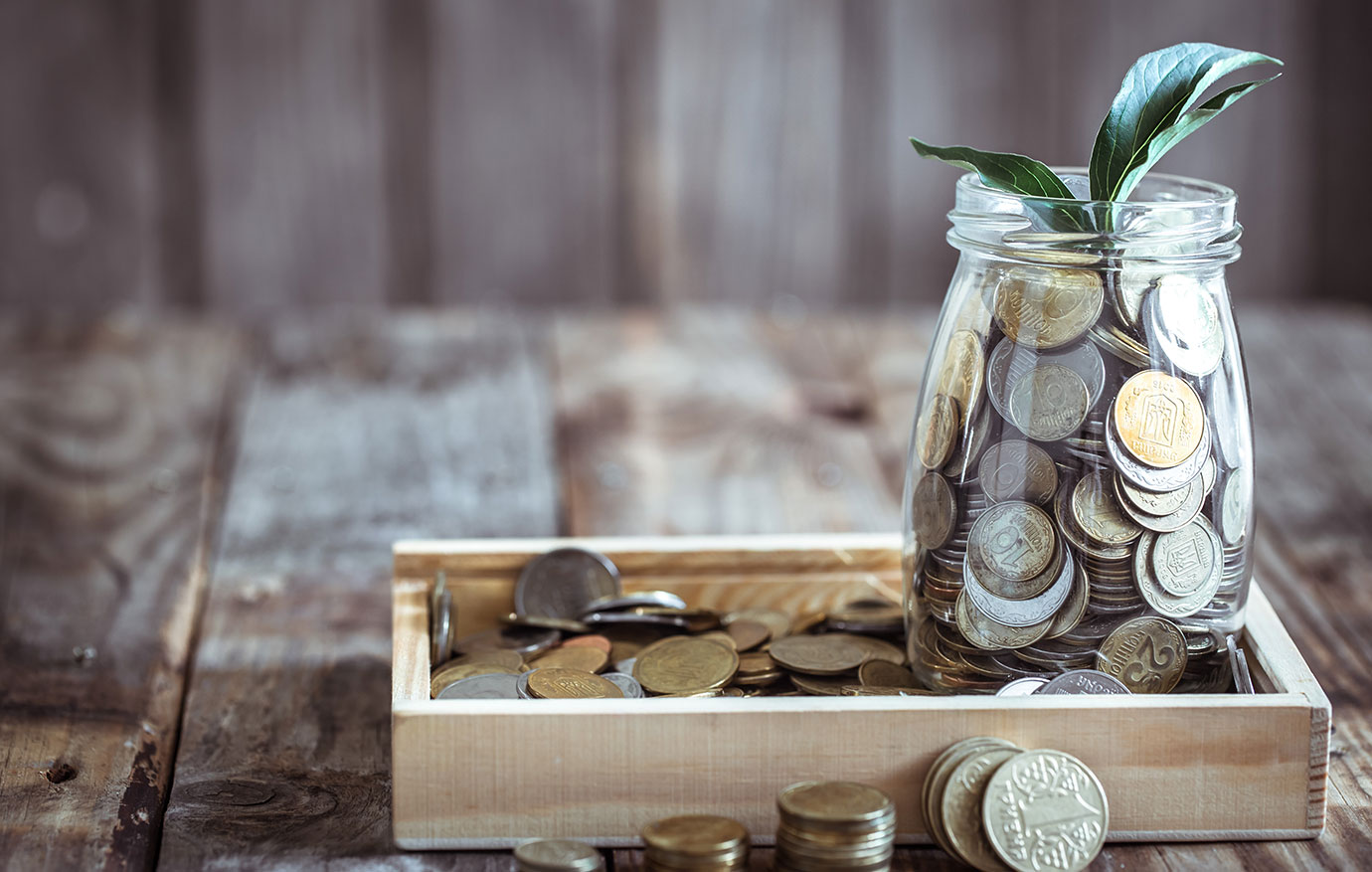 In the early stages of trade, when economizing individuals are only slowly awakening to knowledge of the economic gains that can be derived from exploitation of existing exchange opportunities, their attention is, in keeping with the simplicity of all cultural beginnings, directed only to the most obvious of these opportunities.

It is not difficult to see that the number of exchanges actually performed must be very narrowly limited under these conditions. How rarely does it happen that a good in the possession of one person has a smaller use value to him than another good owned by another person who values these goods in precisely the opposite way at the same time! And even when this relationship is present, how much rarer still must situations be in which the two persons actually meet each other! A has a fishing net that he would like to exchange for a quantity of hemp. For him to be in a position actually to perform this exchange, it is not only necessary that there be another economizing individual, B, who is willing to give a quantity of hemp corresponding to the wishes of A for the fishing net, but also that the two economizing individuals, with these specific wishes, meet each other. Suppose that Farmer C has a horse that he would like to exchange for a number of agricultural implements and clothes. How unlikely it is that he will find another person who needs his horse and is, at the same time, both willing and in a position to give him all the implements and clothes he desires to have in exchange!

This difficulty would have been insurmountable, and would have seriously impeded progress in the division of labor, and above all in the production of goods for future sale, if there had not been, in the very nature of things, a way out. But there were elements in their situation that everywhere led men inevitably, without the need for a special agreement or even government compulsion, to a state of affairs in which this difficulty was completely overcome.

The direct provision of their requirements is the ultimate purpose of all the economic endeavors of men. The final end of their exchange operations is therefore to exchange their commodities for such goods as have use value to them. The endeavor to attain this final end has been equally characteristic of all stages of culture and is entirely correct economically. But economizing individuals, would obviously be behaving uneconomically if, in all instances in which this final end cannot be reached immediately and directly, they were to forsake approaching it altogether.

Assume that a smith of the Homeric age has fashioned two suits of copper armor and wants to exchange them for copper, fuel, and food. He goes to market and offers his products for these goods. He would doubtless be very pleased if he were to encounter persons there who wish to purchase his armor and who, at the same time, have for sale all the raw materials and foods that he needs. But it must obviously be considered a particularly happy accident if, among the small number of persons who at any time wish to purchase a good so difficult to sell as his armor, he should find any who are offering precisely the goods that he needs. He would therefore make the marketing of his commodities either totally impossible, or possible only with the expenditure of a great deal of time, if he were to behave so uneconomically as to wish to take in exchange for his commodities only goods that have use value to himself and not also other goods which, although they would have commodity-character to him, nevertheless have greater marketability than his own commodity.Possession of these commodities would considerably facilitate his search for persons who have just the goods he needs.

In the times of which I am speaking, cattle were, as we shall see below, the most saleable of all commodities. Even if the armorer is already sufficiently provided with cattle for his direct requirements, he would be acting very uneconomically if he did not give his armor for a number of additional cattle. By so doing, he is of course not exchanging his commodities for consumption goods (in the narrow sense in which this term is opposed to “commodities”) but only for goods that also have commodity-character to him. But for his less saleable commodities he is obtaining others of greater marketability. Possession of these more saleable goods clearly multiplies his chances of finding persons on the market who will offer to sell him the goods that he needs. If our armorer correctly recognizes his individual interest, therefore, he will be led naturally, without compulsion or any special agreement, to give his armor for a corresponding number of cattle. With the more saleable commodities obtained in this way, he will go to persons at the market who are offering copper, fuel, and food for sale, in order to achieve his ultimate objective, the acquisition by trade of the consumption goods that he needs. But now he can proceed to this end much more quickly, more economically, and with a greatly enhanced probability of success.

As each economizing individual becomes increasingly more aware of his economic interest, he is led by this interest, without any agreement, without legislative compulsion, and even without regard to the public interest, to give his commodities in exchange for other, more saleable, commodities, even if he does not need them for any immediate consumption purpose. With economic progress, therefore, we can everywhere observe the phenomenon of a certain number of goods, especially those that are most easily saleable at a given time and place, becoming, under the powerful influence of custom, acceptable to everyone in trade, and thus capable of being given in exchange for any other commodity. These goods were called “Geld” by our ancestors, a term derived from “gelten” which means to compensate or pay. Hence the term “Geld” in our language designates the means of payment as such.

The great importance of custom in the origin of money can be seen immediately by considering the process, described above, by which certain goods became money. The exchange of less easily saleable commodities for commodities of greater marketability is in the economic interest of everyeconomizing individual. But the actual performance of exchange operations of this kind presupposes a knowledge of their interest on the part of economizing individuals. For they must be willing to accept in exchange for their commodities, because of its greater marketability, a good that is perhaps itself quite useless to them.

This knowledge will never be attained by all members of a people at the same time. On the contrary, only a small number of economizing individuals will at first recognize the advantage accruing to them from the acceptance of other, more saleable, commodities in exchange for their own whenever a direct exchange of their commodities for the goods they wish to consume is impossible or highly uncertain. This advantage is independent of a general acknowledgement of any one commodity as money.For an exchange of this sort will always, under any circumstances whatsoever, bring an economizing individual considerably nearer to his final end, the acquisition of the goods he wishes to consume.

Since there is no better way in which men can become enlightened about their economic interests than by observation of the economic success of those who employ the correct means of achieving their ends, it is evident that nothing favored the rise of money so much as the long-practiced, and economically profitable, acceptance of eminently saleable commodities in exchange for all others by the most discerning and most capable economizing individuals. In this way, custom and practice contributed in no small degree to converting the commodities that were most saleable at a given time into commodities that came to be accepted, not merely by many, but by all economizing individuals in exchange for their own commodities.

Within the boundaries of a state, the legal order usually has an influence on the money-character of commodities which, though small, cannot be denied. The origin of money (as distinct from coin, which is only one variety of money) is, as we have seen, entirely natural and thus displays legislative influence only in the rarest instances. Money is not an invention of the state. It is not the product of a legislative act. Even the sanction of political authority is not necessary for its existence. Certain commodities came to be money quite naturally, as the result of economic relationships that were independent of the power of the state.

Hazony on the American Tradition

Are Stablecoins the Camel's Nose for Central Banks?